Emotional Intensity in the Gifted Child

I have been struggling this week and last as the teacher of a child with emotional intensity and asynchronous tendencies. Last spring I really began to research gifted and talented tendencies in children.

First, let me say that I believe all children have unique gifts and talents. This identification is in my opinion a misnomer. That being said, they are the terms used by educators, psychologists, pediatricians and scientist used to describe people who have a higher IQ than the average person.

Beloved and I have not yet chosen to have our son’s IQ tested. Even among the experts there are very mixed opinions regarding when it is appropriate to do this. We began noticing pretty early in his life that he had abilities which just did not match those of other children his age.

At the age of 20 months he spelled his name, out loud. He said every letter in all three of his names. I was a bit floored. Within just a few weeks of that, he began to recite the alphabet and identify the letters. He also sang the ABC song forward and backward.

He began to read fluently by age 3.He read everything he could see, from newspapers to signs. It did not matter how big the word was, he would just read it. By age 2 he could count to 200, by age 3 he could count in the 1,000’s. When he was 4 he memorized the entire multiplication table and understood how to use it. He would lay out 4 sets of crayons with 4 crayons in each set and say “Mom, look 4 crayons times 4 crayons equals 16 crayons.”

We decided to place him in our local Montessori pre-school because we had been told that Montessori education was uniquely suited for children to expand and learn in their own way. Maria Montessori was truly the mother of differentiated learning in my opinion. He was there for 1 semester.

Then Ms. Susie, the 30 year experienced teacher, took me aside and explained some of what she had observed. She said, “Jonathan is most likely a genius and definitely in the gifted category of learning.” I stood there and fear completely overwhelmed me. I mean, yes, what a blessing to be told that your child is gifted, but what was I possibly going to do about it?

She went on to say, “He has already at age 4 mastered all of the objectives that we set for our oldest students.” The school was Nursery through Kindergarten. “I believe that your next step should be to take him home and home-school him. None of the local schools will ever be able to cater to his unique needs and unless you can afford private tuition at the Columbus School for Boys, you are his best resource for allowing him to grow at his own rate.”

I stood there with so many thoughts. ‘I can’t teach a gifted child, I can’t afford private school, I can’t imagine where to start, I can’t possibly…”

But in the back of my mind I remembered a family from my husband’s hometown, a family with 2 children and a mom dedicated to training them up in the home. In the back of my mind was a still, small voice saying. ‘This is it. This is what you are going to do.’ I stood there that day, not knowing what it would look like or be like, but I knew and as the day turned to night and it was discussed with Beloved we both knew, it was just the right decision. Home School.

So here we are 5 years into this journey and I am beginning to learn about gifted education.
Words like:

a·syn·chro·nism, noun: a lack of synchronism or coincidence in time.

For a child with gifted tendencies asynchronism means that different parts of the child matures at different rates. For instance a child may be exceptionally gifted in math but not in reading, or perhaps a child is advanced in reading comprehension but can’t figure out math. This word could even refer to a child’s intellectual reasoning capabilities being ahead of his social development.
For my child there are many examples we are seeing of asynchrony. His obvious gift for math is further advanced than his reading comprehension skill which is further advanced than his physical activity development. I struggle sometimes to remember that he’s only 9. His ability to process information is amazing, but he’s 9 years old therefore he has trouble assimilating information that is too advanced for his social maturity level. 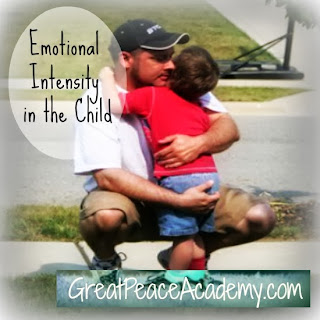 With all of this comes Emotional Intensity.
From the article:
Tips for parents of intense children from the Davidson Institute for Talent Development.

“Living with emotionally intense children and partners can be turbulent, exciting, challenging, and joyful. Emotionally intense individuals are often accused of “overreacting.” Their compassion and concern for others, their focus on relationships, as well as the intensity of their feelings may interfere with every day tasks.” Author Sharon Lind

Emotional Intensity is a person’s emotional response to any given situation. For those deemed talented and gifted often an emotional response is stronger in intensity than the response of those of the “normal” population.
An example of this: Last summer we were at a conference, the children were in their own classes. Beloved got a phone call to come and get Little Man, we later found out that Little Man had begun screaming to the teacher “That’s Not Fair.” After talking with him, we learned that they had played a game and he didn’t get a turn.
He had screamed at her for a while, declaring that she was not a good teacher, that they would have to do it again and that they needed to restart the day. She said of him, he went from 0 to 60 in 2 seconds. That is a typical scene in our household.
This type of event happens a lot for Little Man because of his emotional intensity. Sometimes it isn’t even about him, sometimes it’s about someone else in a class that didn’t get a turn. He just simply can’t understand when something he deems unfair to be reality. I realize many children think not getting to play is unfair, the difference is the reaction escalates to a point of uncontrolled reaction which can NOT in any way be reasoned with.
Imagine a brain that works in overdrive, constantly, all day long working and processing information at a faster rate than is deemed “typical.”  That same brains controls emotions and emotional responses to the process being adapted. In the brain, the person processes the rules of a game or the way something should be done only to find that because of human involvement those rules are not always followed or because of time the game is not completed.
That brain then emotionally reacts to the information processed, in the only way it knows, overdrive. So often though, rather than those around seeing this as an emotionally intense situation it is deemed, bad behavior, social ineptness or worse crazy behavior.
This has been my life for about a week. Little Man is either processing information that is not the assigned task for the moment which leads to me being frustrated with him not completing work in a timely manner. Or, he goes down rabbit holes searching for more information than is being assigned, some of which I allow him to do. Then there is the times when he get’s completely emotionally intense because he missed 1 out of 10 problems in his algebra assignment.
No reasoning can effectively lead to the intensified reaction being squelched. The only thing I ever can figure to do is re-focus his mind, that is not at all easy. But, if I can find a way to interest him in something else, I usually can get him to calm down.

I share this information with you, not to over glorify my son’s abilities, but to rather acknowledge that this “gift” is sometimes very difficult to instruct.

I know there are other mom’s out there who are lovingly training up children with gifted and talented abilities, and I want them to know that they are not alone, for so many times I have felt like I was alone and no one could understand the intricacies of my child. Then I sat in on a few seminars and was completely relieved to find that I am not alone.

You are not alone either. As I learn more about gifted education, I share it here. You can find all of my gifted learning posts here: Gifted Homeschooling,