Maybe you heard this recent news. My husband sent me the link and as I read it I was stunned. You see, I think that he missed the point.

Former President Jimmy Carter, known for his Christian beliefs and family values, has chosen to sever ties with his affiliated denomination, the Southern Baptist church stating that he was doing so because of their stance on a woman’s role being in submission to the husband.

I am not Baptist, but I am Christian and as I read the article I thought to myself, ‘He’s missing the point.’

Here is the link to the article and you can read for yourself what President Carter has said.

“The carefully selected verses found in the Holy Scriptures to justify the superiority of men owe more to time and place – and the determination of male leaders to hold onto their influence – than eternal truths.”  — Jimmy Carter

I assume some of  these selected verses which he is referring to are as follows: 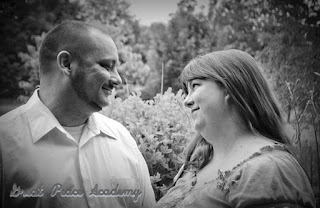 I am a wife who willingly submits to the authority of my own husband as well as the leaders in His church. Not because I believe that God deems me less inferior or that my role is less important. Rather, I believe that God knows what is best for me and that because God created men and women to be different, we are given different roles. They, men, to  be the leader of the family and the church, we (women) to be the primary caretaker of the home and children. One role isn’t more important than the other, just different. I also believe as scripture states that the woman is the weaker vessel and that it was in fact Eve who first chose to sin. That doesn’t make Adam any less guilty of his sin, but it still doesn’t change the fact that Eve was the first to show weakness, giving in to sin.

He also seems to be missing the point. That MEN, rather than women, are given the weightier burden to bear. Men are to love their wives, even as Christ Jesus loves the church and gave himself up for her.

Changing the roles, or changing the scriptural passages does not change God’s law, it only causes men and women to stumble in their walk with Him. He is the creator of all things. He created family, and the roles contained therein. He created the church and the roles therein. Who are we as mere humans to negate the laws which God has set forth.

A loving husband, gently leads his wife, with love. Just as our loving Shepherd, Jesus Christ lovingly leads His wife, the church. Without proper leadership, the family falls apart, as does the church. Take a look around you. The family found in our society today is not strong. The men are being subjugated by women, and the divorce rate is higher than it has ever been. This philosophy that a woman can be equal to a man in her roles, is simply not God’s plan. We are equal in His sight and each equally valued and worth the salvation which is found in His son. BUT, our roles are not equal.

I’m sorry Mr. Carter, but you have missed the point.

A loving husband lovingly leads his wife, he doesn’t lord his authority over them.

Would you like to join me by adding your own Marriage Moment?