This week…
With being away at my parents 2 days of this week, it was a whirlwind of a week in trying to get our school work in. But Little Man worked diligently on the lessons assigned. I wonder if it’s because he wants to get it done so he can go out and play or if he sees the finish line of the academic year approaching and is trying to race to get it done, without carry over into summer. Either way, this is pleasing to this teacher/mama and makes me one happy girl.


Bible:
Even though he has finished his lessons in Bible Study Guide for All Ages, that does not mean he isn’t daily in the WORD. This week he has read, so far, 6 chapters in Genesis, 5 chapters in Acts, 8 chapters in Job. I think that is excellent for a 9 year old. Especially since much of that was his own choosing. He also illustrated the Acts chapters that he read. 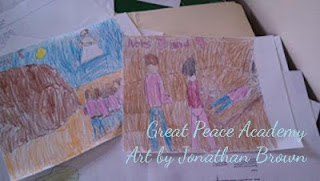 We carry on in focusing on writing skill development. He studied in verbs, specifically Linking Verbs, which when I was in school was called Being Verbs, Helping Verbs and Subject and Sentence Building. He also wrote about elephants at the zoo, but he was not at all happy about having to write 4 sentences.


Science:
I know I’ve mentioned it a few times now, but I love Apologia Science. This week he progressed into Lesson 8 and Flying Dinosours. He excitedly reads his assignments often saying… “MOM did you know…?” This week he’s learning about Pterodactyloids and Rhamphorhynchoidea. Now aren’t those mouthfuls? 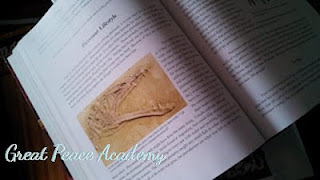 Bird Sightings:
Due to all the recent tree removal happening in our yard and the surrounding neighbor’s yards we are finding many of God’s creations. We’ve found a few nests lying on the ground and this week we found this perfectly formed egg, unhatched. Little Man, was so excited because he wants to see it hatch. I explained that it most likely won’t hatch because we don’t know how long it has been out of the nest and away from it’s mother. He said, “Mom, we have to try!” So now the egg is sitting in one of the nests we found and under a lamp for warmth. This will either turn out to be a fascinating lesson about egg hatchery with a lot of baby bird care work to follow or a lesson in the facts of life. I’m afraid it will be the latter. 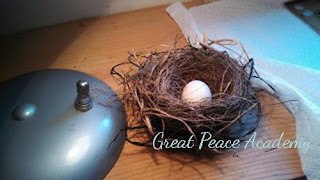 Making Memories:
On Friday we have finished up our homeschool support group quarter and sessions for the year. This quarter was about LEGO Learning. I plan to share some of that with you. You can find some great links out there on the web to help you build your own LEGO Learning unit, or even download some for FREE. Look for a post next week detailing more about what our group did. 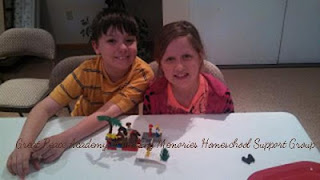 I’m on this directory…
Currently ranked in the top #25 on Top Mommy Blogs.