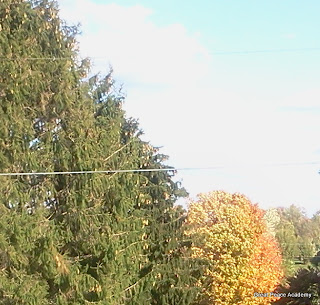 Fall has most definitely set in. I’m loving it.

When I started blogging it was out of a natural progression from writing Notes on Facebook  detailing our week in school. Once I entered the blogging world, I began to shift away from the weekly overview to a more daily journal of all things home. I’ve decided to go back to my original intent by adding a post on Saturday that details our week, both in school, home and life.

The week started with sorrow as we lovingly bid farewell to a dear sister in the Lord. Beloved led the singing portion at her memorial service. He did a wonderful job leading, but the purest moment came when 238 souls lifted their voice in the song “The Greatest Commands.”(This version was produced by the publisher of the song. I hope you enjoy listening to the beauty of the words and the gorgeous melody that comes from 4-part harmony.


Afterward, Little Man and I were privileged to serve dinner to the family. I love that he in now old enough to help out in such service. I hope to add more opportunities for him to do that. 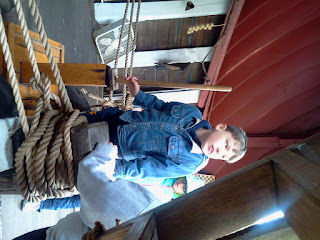 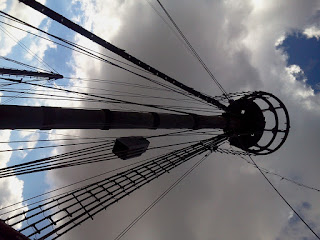 We enjoyed a wonderful field trip this week, celebrating Columbus Day, a couple of days late. We live near the city of Columbus, Ohio. So Columbus Day is pretty well thought of around here. The city owns the most authentic, museum quality replica of the Santa Maria.  Our home-school support group was able to take advantage of the group discounted educational tour rate, and so we bundled up and headed downtown. The tour was both interesting and at times funny. Especially when the children learned how the sailors went to the bathroom. The tour guide was quite knowledgeable, enthusiastic and patient with the children. What a great way to learn about Christopher Columbus.
Lessons Learned:

Bible
We started working through the plagues. It will be interesting for him to compare each actual plague with the gods that the Egyptians worshiped. I hope he can see that God’s answer to each of their belief was that the CREATOR is so much greater than the created.
History
The ancient Egyptian people worshiped false gods, many of them. This concept was completely new to Jonathan. We have until this point tried to put a hedge around him in regards to faith. We have diligently worked to train him up in the way he SHOULD go. He’s old enough now to begin to understand that not all people believe the same as we do. He was quite surprised at how silly they were to believe that a crocodile or the sun had any power other than what they were created for.
Literature
We began reading the book “The Golden Goblet” by Eloise Jarvis McGraw. It is about a 12-13 year old boy in Ancient Egypt who works in a goldsmith shop. This is a part of the unit study scope of learning.
Science 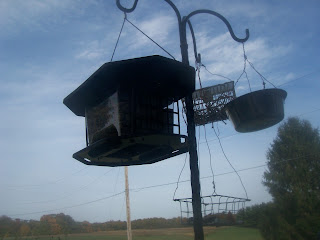 He continued on in Lesson 1 learning about Bird Habitats, Instincts and animal extinction. We put out a bird feeder and are taking part in a Project Feeder Watch program that was created by the Cornell Lab of Ornithology’s Citizen Science Program. The watch begins November 1st, but I’m so excited about finding it that I wanted to share the information here.
Math
Algebra isn’t always fun; sometimes it’s work. Little Man got bored in algebra this week as he discovered that some parts of algebra are just review of previously learned things only with different names. For instance, rational numbers really means fractions and decimals. He did not find the repeating of information to be a fun task. It actually took him about 3X as long as it normally does to complete his assignments this week.
Art 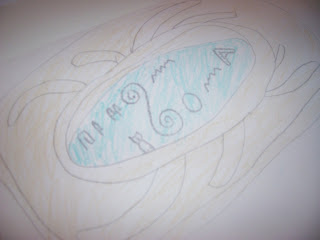 He drew a scarab. As part of his unit study he began to see that the Egyptians not only worshiped the created things, but also used the created things to attempt to create their own luck. The Scarab Beetle was prized in Egypt and made into a good luck charm. They believed that they were honoring their god Khepri who they believed was the creator god who rolled the sun over the horizon the same way the scarab beetle rolled dung into their burrows to lay eggs.
Music
He continue to learn about the rhythm and structure of music in his piano lessons. He is now working on practicing scales with 16th notes. My oh my is that fast. He has begun to study the Music of the Orchestra as a part of his Harmony Fine Arts curricula. This week he started the Classical Era with Haydn & Mozart.

Keeper of the Home: 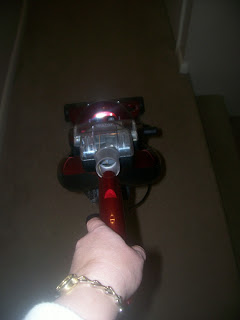 I learned that routines are important in the keeping of the home. Knowing it is my responsibility to maintain the order within the household regarding cleanliness and schedules, I have decided to start a daily routine. I’m trying to keep better track of the overall routine of the day and week. I am setting up a general task schedule for the family to follow. I’m making menu plans and stocking cupboards. I’m striving daily to become better equipped to obey the Lord’s will regarding my role within the home.
Devotion:
Sanctified: The Israelites were sanctified when they were set apart to be the chosen people of God. The crossed the sea, being separated from the unholy Egyptians which had enslaved them, they were made free. They were set aside for a holy purpose, to honor, praise, obey and walk with Him. I am sanctified for a holy purpose. I have been washed by the blood of the lamb, making me free from my sins. I have been set apart to honor, praise, obey and walk with Him. I do this by fulfilling his will. His will says that my role is to be busy at home, a lover of my husband and child, a keeper of the home, discreet, chaste and obedient unto my husband.
My prayers:
I pray for comfort and peace for the hearts of those who are mourning the passing of a mother, sister, daughter.
I pray for His direction for my family as we wait for Him to lead us toward our next place in this life.
I pray for the church that we will be united in His Will.
I pray for those who teach the gospel, that their efforts will not be hindered. 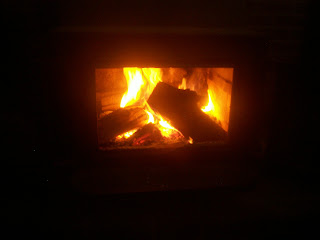 Fall has most definitely set in. The trees are ablaze with an array of color. The air is cool and crisp and everywhere you look people are wearing sweaters and scarves. I love fall. Beloved has started building fires in the wood burner in the evenings to help keep us warm and I am thankful to the Father for sending a storm in the summer which downed many trees which have provided us much needed wood for the winter. Did I mention, I love fall?