This year Little Man is studying the Zoology of Flying Creatures. We have placed a bird feeder outside our classroom window so that he can get a chance to watch some of God’s beautiful Aviaries up close. It took several days before little flitting creatures were attracted to the feeder, but over the past couple of days we’ve seen a few little sparrows show up for a meal.

Today, as he was working on his science lesson about endangered and extinct animals we saw a little sparrow perch on the edge of the feeder and begin eating. He quickly got a piece of paper and started sketching. He is quite excited to have the opportunity to study these tiny creatures. 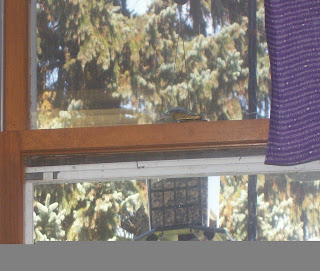 I took the opportunity to expand upon his lesson of the extinct animals. You see, so often in the evolution theory culture in which we live we hear that many animals became extinct millions of years ago. We also hear that man is a fault for many of the extinct animals. I agree that man played a part, but I also know that God is in control of all things. So I said, as he sketched the sparrow. “Do you know what God says about the sparrow?”

I love having instant access to the Internet, it has made searching scripture references so much faster. I went to Bible Gateway and typed into the search bar, Sparrow. As he drew, I read each scripture reference about the sparrow to him. There are seven references, two of which stood out as applicable to our lesson.

1. Luke 12:6,7 NKJV
6 “Are not five sparrows sold for two copper coins? And not one of them is forgotten before God. 7 But the very hairs of your head are all numbered. Do not fear therefore; you are of more value than many sparrows.”

I explained that even though men will catch and sell sparrows for money, God knows about each one of them, He is in control. In fact, He knows the number of hairs on our heads, so we don’t have to fear anything because we are more valuable than many sparrows. 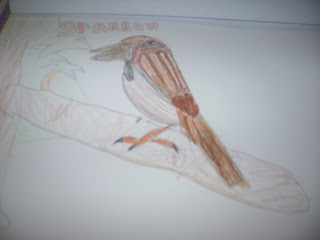 2. Matthew 10:29-30 NKJV
29 Are not two sparrows sold for a copper coin? And not one of them falls to the ground apart from your Father’s will. 30 But the very hairs of your head are all numbered.”

This is one of my favorite verses. You see, while God not only knows about the sparrows being sold for money, Jesus tells us here that “…not one of them falls to the ground apart from your Father’s will.” I explained to Jonathan that God sees and wills each sparrow that dies. If He knows when the sparrow is going to die, don’t you think He also knew and willed when each animal that is now extinct was to die? Did you catch that? God not only knew but wills it to be such. HE is in control. HE created all things and it is by HIS will that all things continue to exist or in the case of extinction, not exist. He is sovereign. He also is in control of the lives of man, He knows each hair that is upon our heads and He knows the number of our days “Your eyes saw my substance, being yet unformed. And in Your book they all were written,
The days fashioned for me, When as yet there were none of them.” Psalm 139:16. He is our very life and the very length of all of our days. Deuteronomy 30:20.
After finishing the impromptu field study of the sparrow, Little Man went back to his lesson on extinction, I believe with a much clearer understanding of why animals become extinct. Yes, it can often be by the hand of man, but it is most definitely by the WILL of the Father of all.