Music is one of the most powerful forms of expression for people. This is why it is important to educate your children in music appreciation even in homeschool. Teaching your child musical literacy, styling, and genres helps them to understand different cultures, historical events, and develop their own personal interests. In fact, there are many music genres to teach your kids as well.

When it comes to exposing your children to this powerful form of self-expression, there is a lot to offer.

A music genre is a way to categorize various pieces of music into similar types. Generally,  a music genre is determined based upon the style or form to the sound of a composition.

Though, you’ll find in many of today’s music genres there may be quite a bit of crossover stylistically.

Music Genres to Teach Your Kids

Like you, a child’s musical taste can be extremely diverse if they are exposed to the many different genres of music. Teaching your children about different genres is a great way to increase their appreciation and knowledge of music.

Just remember, when you first begin teaching your children about the various musical genres, it is important to keep it somewhat simple. But, as they grow in their knowledge you can introduce more genres with varied musical concepts.

What many today call classical music is really three genres of music. You have the Baroque era, the Classical era, and the Romantic era. Each of the three are distinctly different in style and form. 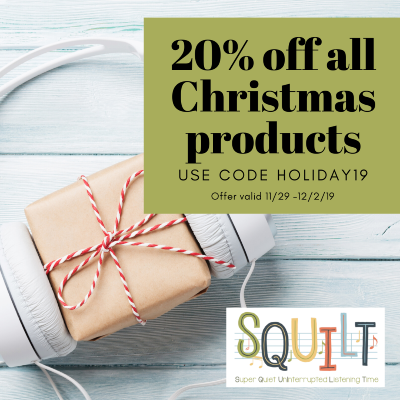 Because those styles are so different from modern day music composition we tend to lump them all together and call them “Classical Music.”

Since the early 1600s, many different famous composers have given western-style music style and structure. Such classical music is not only played by orchestras and quartets, but it is also played on a variety of interesting instruments.

In fact, many people still enjoy listening to classical music to this day. Teaching your kids about these music genres is a great way to educate them on music history and increase their understand and appreciation of instrumental music as a whole.

The Baroque period was between the 1600s and 1750. It is given the name Baroque era because it coincides with the period of history known for great art and architecture that was very ornate in design. The music, then, has a similar ornate feel to it.

Baroque composers knew that music can evoke emotion. Their compositions then were filled with high points, low, points, and counterpoints that served to develop an emotional response in their listeners.

Famous composers of the Middle Ages include, Handel, J.S. Bach, and Pachelbel.

Listen to Music from the Baroque Era here.

Listen to Music from the Classical Period.

Famous composers of the classical period include, Wolfgang Amadeus Mozart, and Joseph Haydn, and Ludwig van Beethoven. Although, the period ended before Beethoven died, and his music spanned into the Romantic period.

The classical period of music is simpler in form to that in the baroque period. You’ll hear clear changes in rhythm and volume throughout the pieces. One moment it will be loud and pounding, and then it will seem to slow and flow very gently. This type of music evoked a lighter mood in the hearer.

The romantic period of music is the last period of what we call the classical music genre. It spans history from 1820 to 1910. It started when Beethoven decided he wanted to write music his own way and not in the same way that other composers were writing it. He developed a piece he called, Eroica, which is Italian for Heroic.

You can watch a piece of Eroica played in this video.

The music of the romantic period was composed to express emotion. The music was louder, and softer and while it has many of the same elements of the classical period the overall fell of the music was bigger. Composers had more freedom to develop compositions during this period.

Listen to more Music from the Romantic Period.

In addition to Beethoven, other notable composers of the romantic period are; Johannes Brahms, Robert Wagner, and Pyotr Ilyich Tchaikovsky.

Folk Music is an interesting genre in that it’s not exclusive to one style, one region or one type of music. It really is, at it’s core, the people’s music. It is known as a genre where people share songs with each other, it’s passed down through families and often is known in isolation. Meaning, they are songs that are known within a certain region or family but rarely extend beyond that scope.

Fold Music has been around for hundreds of years and no one really can say where or when it started. Ireland, Scotland, Wales and England all have folk tunes that were sung, and passed down within families. As those families began to migrate into the Americas, they brought their folk songs along with them.

Many American folk songs are carried on traditions from the family’s “old-country.” While others were developed in the United states after migrating families were established in their new country.

Other types of Folk Music can be heard in Sea Shanties of mariners who traveled the sea.

In the 20th century when recordings became more available, people began recording these songs in order to preserve their stories for future generations.

The bluegrass music genre developed in the 1940s around the Appalachian region of the United States. Instruments used in bluegrass include, banjo, guitar, fiddle, harmonica, mandolin, and dulcimer. The roots of Bluegrass music is found in Folk music and early pieces are folk songs in which the music style has been changed to this bluegrass sound.

A man named Bill Monroe is considered the father of Bluegrass, but composers such as Lester Flatt, and Earl Scruggs are also well-known and their influence played a large part in the development of the style.

Bluegrass music has very fast, tempo. Often, the banjo is used to set the tempo and hold the beat while other instruments serve as accompaniment. This fast beat leaves the listener feeling energized and is exciting to listen to.

Country music draws it’s sound from several different influences like folk music, bluegrass music, and cowboy songs. It was often called country and western music until the late 1970s when the western part was dropped and it was just called coutnry music.

Listen to some of Country Music’s Greatest Hits

There are many different sub-genres of country music to discover like honky-tonk, mainstream country, country rock, country pop and more. All of these are a large part of commercial country music in today’s growing music scene.

The Blues genre is not to be confused with Bluegrass. The blues developed in style following the Civil War, and the end of slavery in America. The word, blues, refers to blue devils, or feelings of depression.

The blues genre was distinctly and African American genre. The songs tell stories of the life and hardships that they had faced. The music styling can be traced back to African roots, while the lyrics reflect the history of the slaves.

The music was cyclical, a call and response type of rhythm that was unique to the African American community and culture that began to develop following the Civil War. Lyrics could be spirituals, work songs and ballads.

Following World War 2 it became even more popular outside the African American communities. The rhythm and beat of the blues gave rise to many sub-genres, including Rhythm and Blues (R&B), Delta Blues, Urban Blues, Country Blues, and Blues Rock, Soul Music and many others. Many believe that blues music gave rise to jazz music as well.

Jazz came to be in the United States around the 1900s. It is a style which continues even through today. Its origins are deeply rooten in the African American culture. It first developed in New Orleans and many great Jazz artists developed their own unique styles in that city.

However, many people will say that Kansas City is the cradle of Jazz music. During the 1920s and 30s Kansas City, Missouri was considered the cross-roads of America. Many people traveled through the city because they were crossing from the east coast to the west coast.

It was during this time that jazz became popular. In Kansas City, ragtime music had a strong influence on jazz and as artists came into the city they quickly learned ways to incorporate the ragtime feel into their jazz works. The Kansas City style of jazz was unique to all other jazz and led to great works of music.

There are many different types of Jazz music too. Swing music is also a fun sub-genre as you can easily dance to it. Big Band, and Boogie-woogie can be classified as Jazz and each has a certain, distinctive sound of their own..

Jazz features distinctively offbeat rhythms and some extraordinary instrumental solos. Jazz is known for it’s use of brass and woodwind instruments in addition to guitar, piano, and drums.

Rock music is actually a combination of several different genres of music from across the USA. Rock music embodies folk music, country music, blues, jazz, and even some gospel music.

Developed in the early 1950s and expanding on rhythm and blues, rock became popular across the USA and Europe in the late 50s and 60s. Rock music boasts a rich history, perfect for teaching your children about a variety of different musical genres.

Listen to these early Rock and Roll Songs.

What’s distinctive about rock and roll music is the steady, sometimes heavy beat that is generally produced by drum play. Guitar also plays a leading roll in the rock and roll music genre while piano and other instruments take a more supporting role. This isn’t always the case but primarily in most rock songs you’ll hear the drum and guitar as the primary instruments.

Rock has since evolved into many sub-genres including; heavy metal, pop, alternative rock,

Other Music Genres to Teach in Homeschool

There are so many more wonderful genres of music. I couldn’t possibly write about them all in one post. I’m listing additional genres for you to consider studying with your kids in homeschool.

There are several different influential music genres that you can use to teach your children about music. Just make sure that the songs you chose to expose them to are age appropriate

Teaching music genres in homeschool helps kids to develop their own interests, teaches them about culture, history and so much more.

What are your favorite music genres? Do you rock out with 80s rock in the car? Or are you more laid back and listen to new age relaxing music? Tell me your faves in the comments below.

You won’t want to miss these Music in Homeschool Posts 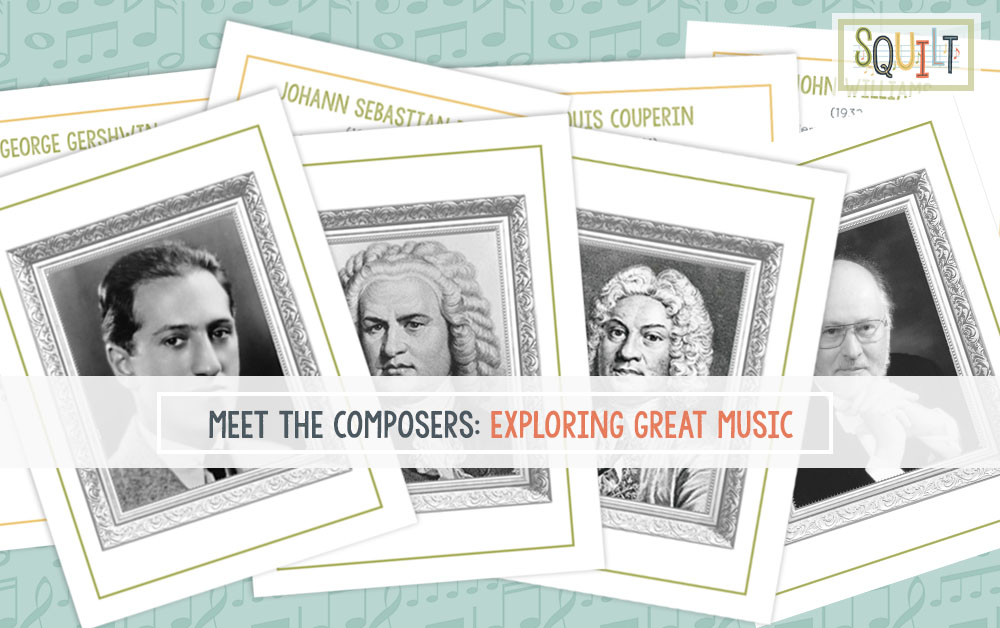